Cars of the 80s — Gone but Not Forgotten

Everything was bigger and better in the 80s. Of course, we can still relive the memories with classic TV shows like Miami Vice. We can recall with fond adoration pastel jackets rolled up to our forearms, and how hockey hair was once cool. Heck, even new programs like Stranger Things give us a glimpse into the world of crimped hair and stonewashed jeans. Maybe you were lucky enough to own one of these cars at the time. Lucky enough to pop in a cassette of “Another One Bites the Dust” by Queen, and hit the open road. Lucky enough to pay $0.86 for a gallon of gas. Sure, we all smoked too many cigarettes, and there was the Cold War, but the cars of the 1980s were awesome.

Yeah, most of the 1980s Mustangs seem forgettable compared to the classics of the late 60s, but don’t overlook the 1982 Ford Mustang GT. This sharp, slung-back sports car has its fans, though, thanks to its 15-inch rims, prominent hood scoop, and low-slung fog lamps. If you remember this baby, get ready to do some modifying; or look for one that’s already been modded, since you’ll want more HP than it came out of the factory with.

The early 1980s Camaros weren't much to get excited about, with little under the hood to impress anyone when peeling off the line at a red light. But along came the IROC-Z in 85, and it sure turned a few surprised heads. Sure, the body looked pretty much the same as other third-generation Camaros. But instead of that 2.5-liter standard V8, a new 5.0-liter small-block engine, teamed up with a tuned port injection system to crank out an impressive 215 HP, putting the previous 165 HP of older models to shame. And while people remember the Mustang, the IROC-Z could beat it flat out. Not bad for a car few remember.

Here we have a car that exudes late 70s-early 80s style. And boy, can it go — in part because it shared a platform and some other mechanical details with race cars that proved themselves on NASCAR tracks. Expect to see these sleek cars ultra-customized when they pass you on the highway today. You may recognize them from the film Training Day. That particular model had Dayton wire wheels with whitewall tires, plus hydraulic suspension for that extra powerful sensation during the ride. Wow, that's a sexy vehicle.

This first-gen Integra was sleek, it was a joy to drive, and, let's face it: It was righteous, in all the best ways. That front wheel drive gripped the road so you could speed around mountain curves, setting the standard for all the other 1980s sports coupes to come. And the looks: The headlamp covers, the matching hub caps. Everything about this sporty coupe spelled out "cool." As an added bonus, it was highly affordable, and its light weight meant its smaller horsepower packed in all the power you could want.

It may feel as if Jeeps go back forever. After all, they have a long history in the military. But non-military versions of those famous jeeps didn't hit the roads till after World War II, at which time they were just called "Civilian Jeeps." When Chrysler purchased American Motors, the Wrangler was born. Basically, Chrysler just kept making those "civilian" Jeeps but gave it a new name. A few other cosmetic changes: Square headlights instead of round, that sort of thing. The Wrangler may have launched officially in 1986, but it remained remarkably unchanged for many years. In fact, those are Wranglers you saw onscreen in the original Jurassic Park back in 1993, just with a fancy paint job.

If you were around in the 1960s, you probably drooled over the earlier version of this car that dazzled when Dustin Hoffman drove it in The Graduate. That Alfa Romeo was actually a Duetto — but it was so popular that even when other British roadsters were being pulled off the factory lines in the 70s, Alfa Romeo kept the Spider alive. The sexy curves of its gorgeous Italian design still turn heads, and it oozes charm wherever you drive it. Of course, if you're keeping a 1980s Spider alive, you're probably shelling out a lot for maintenance, because these stunning cars were far from reliable. But take a winding road at top speed, and you won't really care.

You're forgiven if you don't even remember this iteration of Audi's Quattro, since it was only marketed in the United States for a very few years, and only a few hundred were sold — though Europeans got a more high-powered take on the Quattro for many years. Be that as it may, this powerful hatchback employed tech way ahead of its time. The name Quattro came from its all-wheel drive, which sure kept it clinging to the road during the World Rally scene of the 1980s. Plenty of attitude accompanied the Quattro's high-end performance, so it's not surprising that Audi has maintained the model's pedigree going forward.

You may not think of the Toyota Cressida as a vehicle that made a big difference in the car world. Especially if you owned one of the earlier 1970s versions, which were, let's say, overstyled. But did you know that the Lexus line wouldn't exist without the Cressida? That's right. Toyota proved that it could go head-to-head with the Benzes and Beamers of the world with the success of the redesign of the Cressida. Its unibody design was beautiful and gorgeous, and mechanical improvements as the 80s went on just made it better and better. Perhaps it's no surprise that the Cressida was discontinued in 1992, given that the Lexus was introduced in 1990: Toyota had proven what it could do.

Whether you had the hardtop convertible or the hatchback, driving the '84 Corvette was and remains a treat. When it was introduced, this 'Vette was the fastest American car on the road, zooming from 0 to 60 in a dazzling seven seconds and hitting top speeds of 140 mph. No wonder, given the 300 HP under the hood - a big jump over the previous model of Corvette. This classic sports car can still be found on the road today.

Wait - Pontiac had an all-wheel-drive car? Yup. In the mid-1980s, Pontiac was on the upswing, regaining its dominance as GM's high-performance make. The 6000 STE (Special Touring Edition) was meant to compete with Audis and BMWs — though it didn't have the tachometer and fuel injection that was becoming standard equipment for performance cars by that time. But Road and Track recognized the 6000 STE as one of its top cars of the year. Oh, and what about that all-wheel drive? Yes, indeed. Though we wouldn't recommend taking this street-worthy car off-roading.

It's not a sexy car, and it's certainly not one people point to as a rock star. Even if everyone else has forgotten this Benz station wagon, though, if you owned one in the 80s, you remember it. In fact, you might still be driving it, thanks to that unstoppable German technology. This practical station wagon was the first time someone had brought a touch of luxury to the family staple — and it wins a gold star, if not for looks, certainly for sheer reliability.

No, it wasn't that gorgeous little sports coupe with the round rear window driven by the likes of Marilyn Monroe or by Suzanne Somers in American Graffiti. You'd have to go back a couple of decades or so for that. But the '89 T-bird was revived as a muscle car in the '80s. That supercharged 3.8-liter V6 made for plenty of power — so much so that Motor Trend named the SC its Car of the Year in 1989. Given that, it's surprising that Ford's executives pretty much hated it, which may be why it's not really remembered much anymore.

The Scirocco was supposed to be VW's sports car, but the auto manufacturer never fully committed to that concept. Yes, the 1982 Scirocco had better aerodynamics than the first generation model, and a MacPherson strut suspension on the front axle — but VW kept costs down with a rear beam axle, and it focused on extra cargo room and headroom instead of performance. This second-gen model wasn't as undeniably cool as the original in appearance, but okay, we'll give it props for greater comfort, and it still handled like a sports coupe.

First, there was the VW Rabbit, a trendsetter when it was introduced in the 70s. In the 80s, along came the Golf — and you can be excused if you saw one on the road and thought it was the Rabbit. But some special editions of the Golf made it stand out in the mid-80s. The Golf GTI was peppy and fun to drive, with racing stripes to let other drivers know to take you seriously. And then there was the Golf Ralley, with its supercharged engine and four-wheel drive. All of them had plenty of cargo space and that solid German engineering you count on from Volkswagen.

The line of the Z sports cars may not have been forgotten since the '80s, but the name Datsun probably has been. That was the former name of what we now know as Nissan — and surely you're familiar with the always-sexy Nissan Z line. The Z line, up to the 370 as of 2019, it started back in the 1970s with the 240, and the numbers have kept sneaking up ever since. In 1980, the Z graduated to the 280 level, but it was fundamentally the same as the original 240 Z, though a little heavier. No matter the number, if you were driving a Z, you were the epitome of cool. 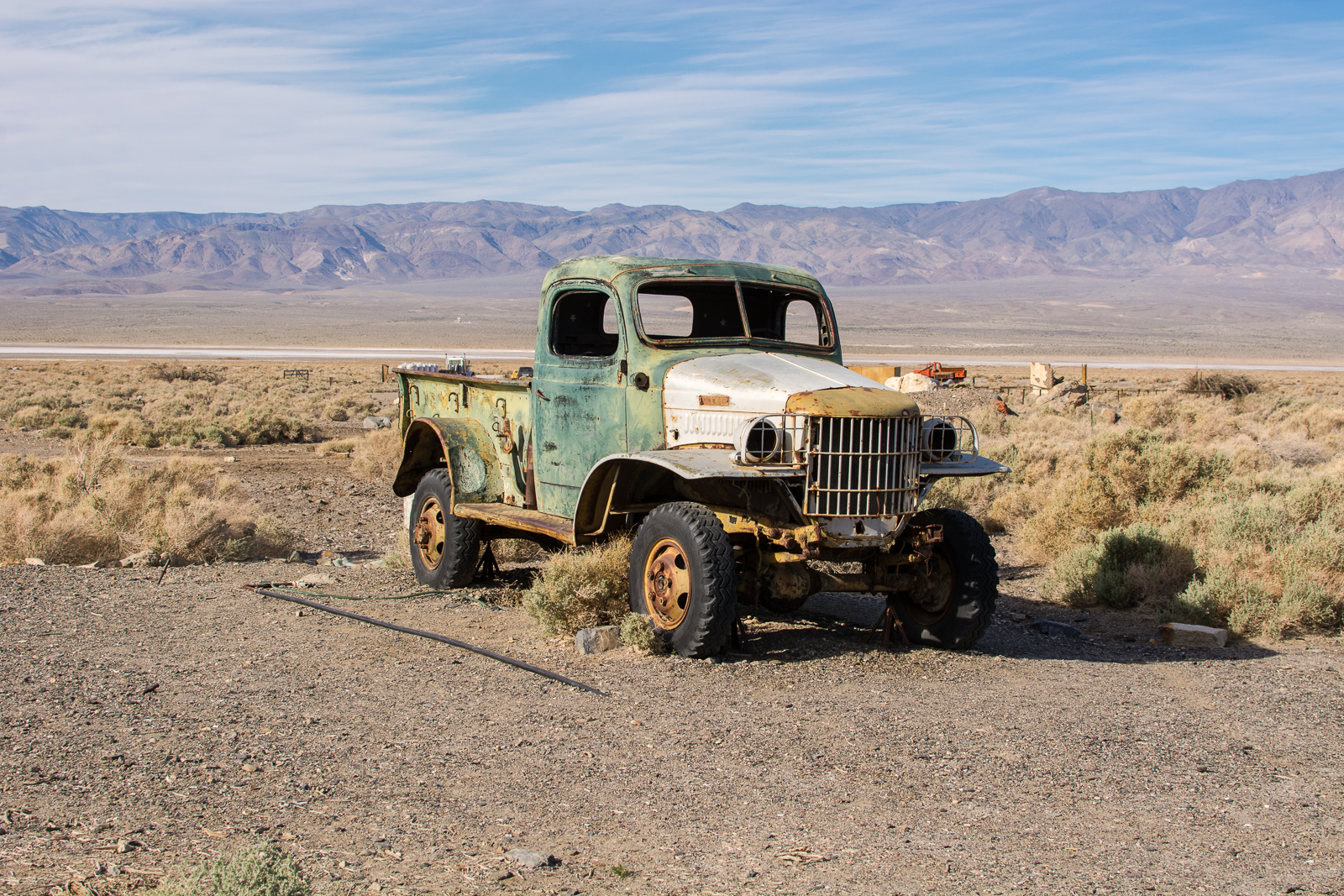